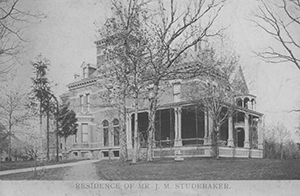 In the 1870s, J.M. Studebaker built a large and lavish estate named Sunnyside on a large plot of farmland that he owned on the west end of Jefferson Boulevard. Other Studebakers built houses in this neighborhood too, such as Clement Studebaker Jr.'s Elm House. This building was demolished in the early 1950s. 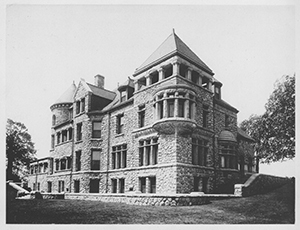 Henry Ives Cobb, a Chicago-based architect, was hired by Clement Studebaker in 1885 to design and plan an impressive family home, which, when completed, was over 23,000 square feet and contained 40 rooms and 20 fireplaces. Clement took residence in the mansion in 1888 and enjoyed living in Tippecanoe until his death in 1901. His widow continued to live in the mansion, passing it on to their son, George, in 1916. He subsequently lost ownership of the building during the Great Depression. It was eventually donated to the City of South Bend, and in the 1960s was presented to the local preservation organization, Southhold Restoration, which converted the building into its current state: The Tippecanoe Place Restaurant, one of South Bend’s most elegant dining establishments. 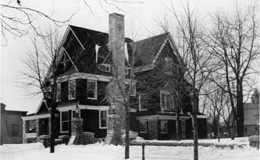 The Carlisle House was built in 1894 by Clement Studebaker as a gift to his only daughter, Anna, when she married Charles Carlisle. Charles Carlisle was a director and purchasing agent for the Studebaker Company. The couple lived in the house for many years and raised their family of seven children within its walls. During a renovation in the 1960s a box was discovered, buried on the property, that contained an edition of the South Bend Tribune from 1901, photographs of the Carlisle family, and souvenirs from the Pan American Exposition of 1901. The structure is still standing and currently houses the law firm Anderson, Agostino & Keller, P.C. 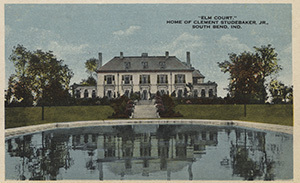 After growing up in Tippecanoe, Clement Studebaker Jr. built Elm Court in 1908. It was designed by the architecture firm Green & Wicks located in Buffalo, New York and boasted South Bend's first in-ground cement swimming pool. Located on Jefferson Avenue, the building was purchased by Vincent Bendix in 1928 and was turned into Chateau Bendix. The swimming pool was filled in and turned into a garden and the sun room boasted a champagne fountain.